You don't have any saved vehicles!

Look for this link on your favorites:

Once you've saved some vehicles, you can view them here at any time.

CALL US FIND US

If you are ready to experience the lights of the stage and the excitement and suspense of the big stage this summer, then you need to take a trip to Virginia City Montana and take in one of the Virginia City Players performances this summer. Brought to you from the Virginia City Opera House, there is nothing quite like a live stage performance. Whether you are into romance, suspense, or comedy, there is sure to be something for everyone.

Have you heard the tale of the demon barber of Fleet Street? No? Well it is a tale of romance, revenge, intrigue, and more mixed in with just a little blood and the smell of freshly baking pies. It is the tale of Sweeney Todd and his accomplice Mrs. Lovett and their reign of terror along Fleet Street in London. This play promises to keep you on the edge of your street with unforgettable songs, dramatic and often tragic scenes. The Virginia City Players breathe life into this 1847 version, author George Dibdin Pitt and make their performance a truly memorable one.Sweeney Todd will be showing from May 27th – June 25th.

The Story of Robin Hood has been told and retold many times, but is always a crowd pleaser. Join in the story of Robin Hood and his band of merry men that rob from the rich to give to the poor. Such memorable characters as Robin Hood, Little John, Friar Tuck, Will Scarlet, Maid Marian make their appearance along many more. The Virginia City players take on the tale of Robin Hood a new and after a refreshing rendition of an old classic. Be sure to catch this one from June 27th – August 6th.

Romance, intrigue, hilarity, and murder; these might not be some of this things that one would expect before dinner at Felix Hemsworth’s home, but that is exactly the case. Between Felix’s daughter Evelyn, the man that he wants to set her up with named Jack, her secret boyfriend Emmett, and a man named Gordon, whom Felix is pretending to set up his daughter with, hilarity and confusion are sure to follow at this dinner party. Come experience a dinner party like none other brought to you proudly by the Virginia City Players, and experience the big stage close to home. Catch this play from August 8th – September 3rd during the 2017 season.

You don't have any saved vehicles!

Look for this link on your favorites:

Once you've saved some vehicles, you can view them here at any time. 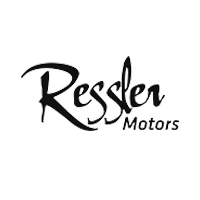